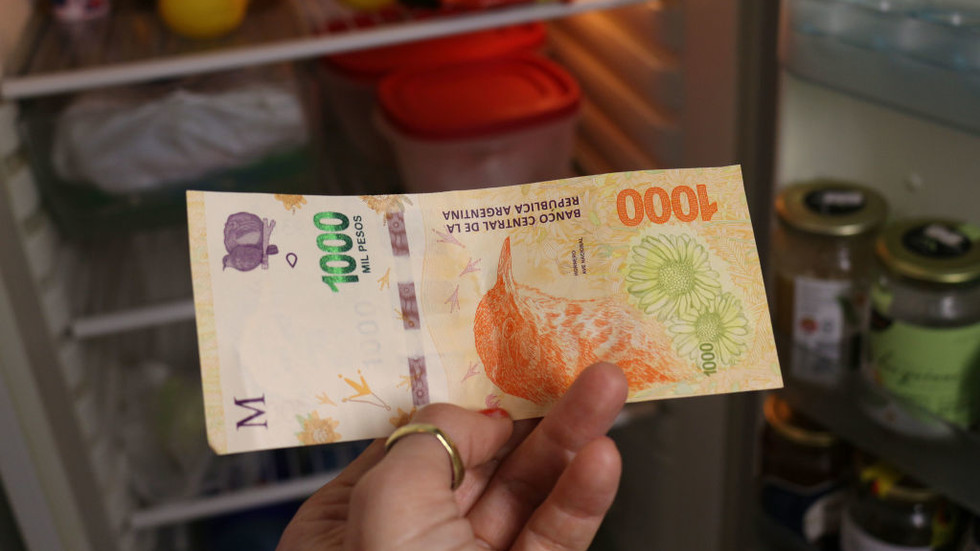 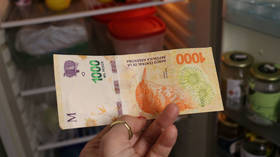 Banks in Argentina are suffering from a shortage of space to store the quickly depreciating national currency banknotes, Bloomberg reported, citing sources in the banking industry.

According to the report, Banco Galicia and the local unit of Spain’s Banco Santander have been forced to install additional vaults to store peso bills. Banco Galicia has already added eight vaults for cash storage over the past year to the two it had since 2019, and reportedly plans to set up two more in the coming months.

Argentina, which boasts the second biggest economy in South America after Brazil, has been plagued by economic instability for decades but the situation has worsened in recent years. The country has once again defaulted on its debt in 2020, and has had to resort to capital controls to protect its currency. Inflation is currently approaching 100%, while Buenos Aires also owes roughly $40 billion to the IMF.

Argentina’s largest denomination banknote – 1,000 pesos – is currently worth around $5.40 on official exchanges, but barely reached $2.65 when valued at informal exchange rates last week. Amid the surge in prices, Argentinians have been forced to carry hundreds of banknotes to pay for ordinary purchases, with transactions becoming increasingly difficult due to the need to use a greater number of bills.

Since 2019, the amount of money in public circulation in the South American state has soared from 895 billion to 3.8 trillion pesos, according to the Central Bank. The country’s banks and business groups have been calling on the regulator to print higher-value bills for years, saying it would make the system more efficient for banks, businesses and citizens. 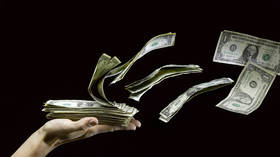 “Transporting, mobilizing and withdrawing a greater number of bills every time increasingly provokes unsafe situations beyond creating complications and expenses,” Fabian Castillo, head of the Federation of Commerce and Industry of Buenos Aries (FECOBA) said in a statement earlier this month.

The president of the Argentine Chamber of Commerce and Services (CAC), Mario Grinman, also stressed that there should be at least 5,000 peso bills.

“Since its appearance in November 2017, the 1,000 pesos has lost almost 100% of its purchasing power. In 2017 it covered almost half of the basic basket and today it does not reach 6%. Today to go to the supermarket you have to carry a bag of banknotes. Logistically it is a disaster,” he told news outlet La Nacion.

However, the central bank said last week that no announcement was expected on larger-denomination bills and declined to comment on the requests for them.