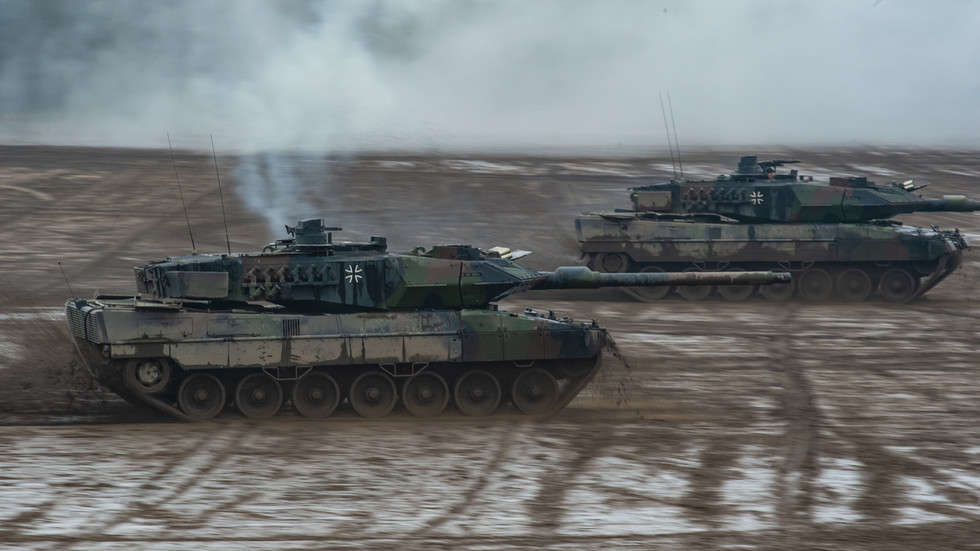 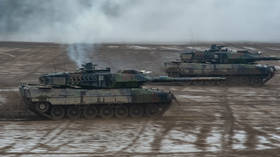 Berlin has changed its stance on delivery of Leopard 2 main battle tanks to Ukraine, finally agreeing to send in the hardware, Der Spiegel reported on Tuesday, citing sources.

According to the weekly, German Chancellor Olaf Scholz has agreed to provide Kiev with enough armored vehicles to equip a tank company. While the outlet did not specify an exact number, a company is usually comprised of at least 16 tanks. The looming delivery is expected to involve one of the latest variants of the combat vehicle, namely Leopard 2A6 tanks.

Earlier on Tuesday, a representative of German arms giant Rheinmetall told RedaktionsNetzwerk Deutschland (RND) news website that the company could provide some 139 Leopard 2 variants to Ukraine, with a batch of 22 Leopard 2A4 expected to be ready in about a year. 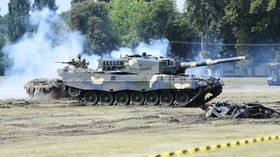 The company also has an additional 29 Leopard 2A4 tanks in its inventory, which are being overhauled as part of Berlin’s weapons transfer program with other European nations. Those vehicles are nearly operational and are expected to be ready by April or May. The company could also provide 88 older Leopard 1 tanks, according to the representative, who did not provide any timeframe for when the armored vehicles from the 1960s would be operational.

In recent days, Berlin also signaled it has changed its stance on deliveries of German-made tanks to Ukraine by third countries. Speaking to France’s broadcaster LCI on Sunday, German Foreign Minister Annalena Baerbock said that, were countries like Poland to officially ask for such permission, Berlin “would not stand in the way.” The message was amplified by the country’s new Defense Minister, Boris Pistorius, who encouraged countries in possession of Leopard 2 tanks to start training Ukrainian crews on how to operate them.

Berlin’s apparent change of heart on the tanks issue comes after some of its allies, namely Poland, harshly criticized the government of Chancellor Olaf Scholz for its reluctance to authorize transfer of German-made combat vehicles to Kiev. Warsaw has signaled it was ready to do so without permission.

Moscow has repeatedly urged the collective West to stop “pumping” Ukraine with weaponry, maintaining it would reach its goals regardless of the enduring support for Kiev.