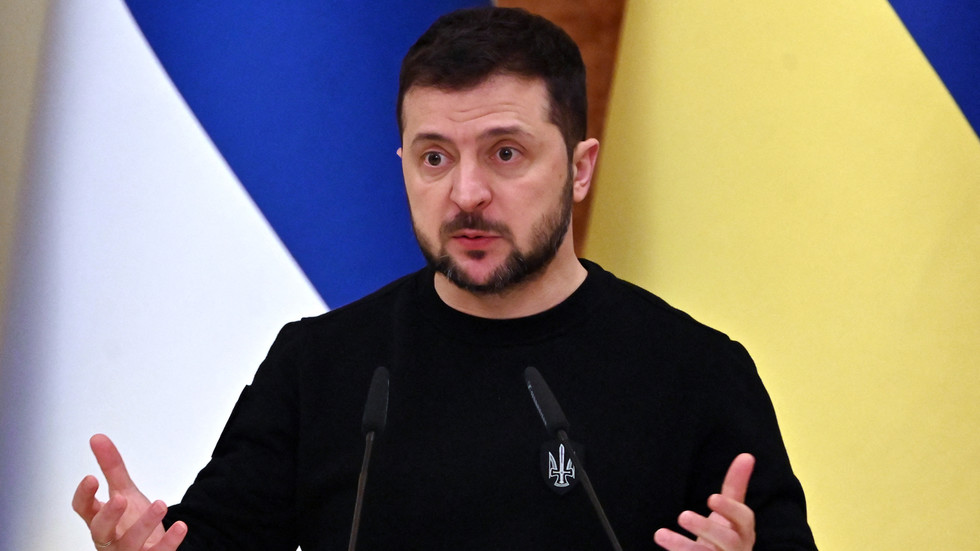 The Ukrainian leader touts ties to Blackrock, Goldman Sachs and JP Morgan in another weapons plea 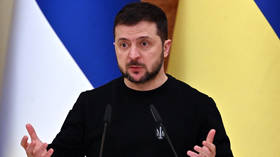 Kiev is already working with some giants of the finance and military industry, offering “big business” opportunities to any American company interested in working there, President Vladimir Zelensky has boasted in a video message to an association of US enterprises.

Addressing the National Association of State Chambers (NASC) meeting in Boca Raton, Florida on Monday, Zelensky argued that “American business can become the locomotive that will once again push forward global economic growth.”

“We have already managed to attract attention and have cooperation with such giants of international financial and investment world as Blackrock, JP Morgan and Goldman Sachs,” Zelensky said. “Such American brands as Starlink or Westinghouse have already become a part of our Ukrainian Way.”

According to Zelensky, “everyone can become a big business by working with Ukraine, in all sectors: from weapons and defense to construction, from communication to agriculture, from transport to IT, from banks to medicine.” 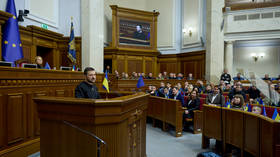 Read more Kiev fires many of its officials amid corruption scandals

He also lavished praise on the weapons the US has showered upon Kiev.

“Your brilliant defense systems, such as HIMARS or Bradleys, are already uniting our history of freedom with your enterprises. We are waiting for Patriots. We are looking closely at Abrams. Thousands of such examples are possible,” Zelensky said in the video.

By the Pentagon’s own estimates, the US has sent over $20 billion worth of weapons, ammunition and supplies to Ukraine in 2022. However, most of that came out of the US military stockpiles. The Department of Defense did award contracts worth hundreds of millions to Lockheed Martin, Raytheon and other manufacturers to replenish some of the depleted supplies.

Russia has repeatedly warned the West that continued deliveries of weapons to Ukraine only prolonged the conflict and risked a direct confrontation between Moscow and NATO.

The Ukrainian president revealed in December that his government had hired Blackrock – a major US asset management company – to “advise” Kiev on how to use reconstruction funds provided by Western governments. He has estimated the cost of rebuilding Ukraine from the ongoing conflict would be at least $1 trillion.