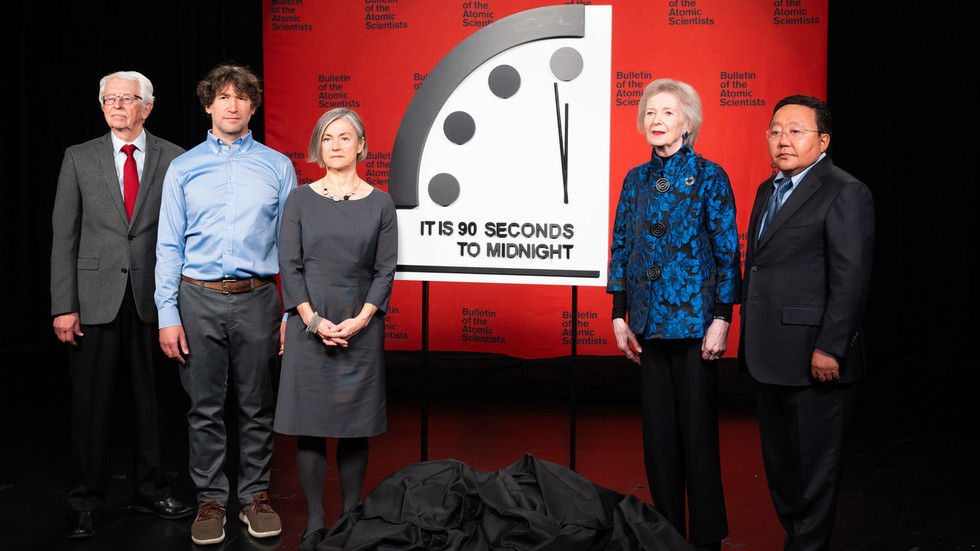 The minute hand has inched forward to 90 seconds from midnight, the most perilous time for humanity ever, amid nuclear war fears 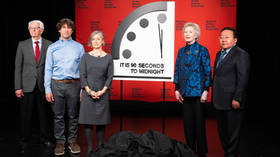 Humanity stands at its most perilous time on record, with the so-called Doomsday Clock advancing to within just 90 seconds of midnight as the Russia-Ukraine conflict stokes fears of a nuclear war, according to a leading group of atomic scientists.

The Bulletin of the Atomic Scientists adjusted its Doomsday Clock on Tuesday, moving it 10 seconds forward to reflect the group’s view of how close the world has been pushed to widespread calamity. The clock, which is updated each January, is designed to alert people to the threats to their existence, including nuclear war, climate change and biotechnology.

The latest adjustment reflects “a time of unprecedented danger,” which stems largely – though not exclusively – from “the mounting dangers of the war in Ukraine,” the group said. The bulletin’s Science and Security Board (SASB) accused Russia of making “thinly veiled threats” to use nuclear weapons, reminding the world that the conflict could spin out of control and escalate catastrophically.

“Even if nuclear use is avoided in Ukraine, the war has challenged the nuclear order – the system of agreements and understandings that have been constructed over six decades to limit the dangers of nuclear weapons,” said SASB member Steve Fetter, dean of the graduate school and professor of public policy at the University of Maryland. 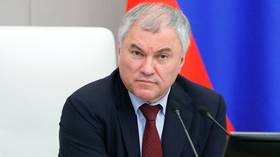 The SASB predicted that – if the last remaining nuclear weapons treaty between Russia and the US, New START, is allowed to expire in 2026 – a nuclear arms race will ensue. Already, China is rapidly expanding its nuclear program, North Korea has ramped up missile testing, Iran is inching closer to nuclear weapons capability, and the US, Russia and India are modernizing their arsenals.

Former Mongolian President Elbegdorj Tsakhia said the common thread running through all of the world’s existential threats is “failure of leadership.” Mary Robinson, the former UN high commissioner for human rights, agreed, saying, “The Doomsday Clock is sounding an alarm for the whole of humanity. We are on the brink of a precipice, but our leaders are not acting at sufficient speed or scale to secure a peaceful and livable planet.”

The Doomsday Clock last moved forward in 2020, when it advanced by 20 seconds, to within 100 seconds of midnight. It was left unchanged after the group’s 2021 and 2022 reviews.