Nearly 3,000 more Britons are dying than average on a weekly basis, and it’s not Covid-19 that’s responsible 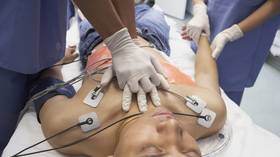 Troubled by national statistics showing 20% excess deaths per week, UK MPs have demanded an investigation, the Daily Mail reported on Tuesday. Unlike the last time excess deaths reached such levels, during the second Covid-19 wave, few of these deaths could be attributed to the virus.

Speaking before the House of Commons on Tuesday, Conservative MP Esther McVey skewered Chief Medical Officer Chris Whitty for blaming the spike in non-Covid excess deaths on “patients not getting statins or blood pressure medicines during the pandemic,” pointing out that the monthly figures for statin prescriptions had remained constant.

“Where is the evidence? And if there isn’t one, what is causing these excess deaths?” she asked, demanding the minister “commit to an urgent and thorough investigation of the matter.” 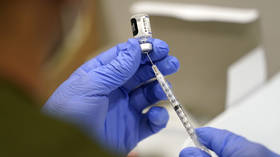 “There were 50,000 more deaths than we would have otherwise expected in 2022,” he told the House of Commons on Tuesday. “Excluding the pandemic, that’s the worst figure since 1951.”

According to the Office for National Statistics, 2,837 more people died in the second week of January than normal in England and Wales, with just 5% of those deaths being attributable to Covid-19.e

The last time excess deaths were so high, during the second week of February 2021, Covid-19 deaths made up 37% of the total. Nor is the statistic an outlier – the last two weeks of December saw 21% and 20% excess deaths.

The Royal College of Emergency Medicine reported as many as 500 people a week are dying because they cannot receive emergency treatment in time. A record 54,532 people waited more than 12 hours in emergency departments to actually be admitted to the hospital once the decision was made to admit them, according to NHS data, and only 65% of patients were seen within four hours.

Last month, Whitty warned that “postponement of elective and semi-elective care and screening” due to lockdowns and NHS delays would result in another wave of mortality after Covid-19 had largely subsided, with undiagnosed cancers and other chronic conditions claiming a larger than usual number of victims.