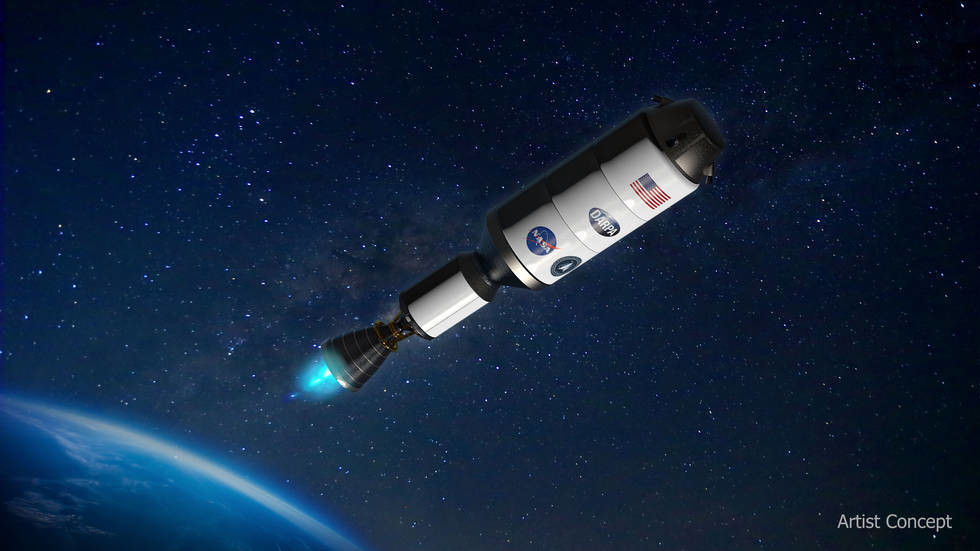 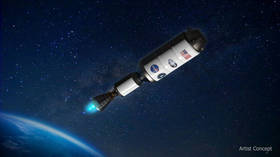 Artist concept of the Demonstration for Rocket to Agile Cislunar Operations (DRACO) spacecraft with a nuclear thermal rocket engine. ©  DARPA via NASA

The US space agency announced on Tuesday that it was reviving a 1960s partnership with the Defense Advanced Research Projects Agency (DARPA), aiming to develop a nuclear-powered spaceship for travel to the moon and Mars.

“NASA will work with our long-term partner, DARPA, to develop and demonstrate advanced nuclear thermal propulsion technology as soon as 2027,” Administrator Bill Nelson said, adding that the two agencies will “ignite the future, together.”

While NASA’s Space Technology Mission Directorate (STMD) will be in charge of the “technical development for the nuclear thermal engine,” the Pentagon’s research branch will be the main contractor for developing the reactor and the engine. The future vessel was dubbed the Demonstration Rocket for Agile Cislunar Operations, or DRACO.

NASA and DARPA hope to have an “in-space demonstration” of the spaceship and the engine “as early as 2027.”

DARPA director Stefanie Tompkins noted that the two agencies have a “long history of fruitful collaboration,” from the Saturn V rocket used by the 1960s Apollo moon program to satellite refueling in modern times.

The DRACO program will enable “leap-ahead advances in space technology” in a domain that is “critical to modern commerce, scientific discovery, and national security,” Tompkins added. 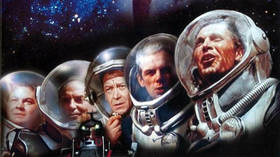 Read more Soviet Star Wars: How sci-fi from the USSR influenced some of Hollywood’s most iconic films

A nuclear thermal engine would use a fission reactor to heat a liquid propellant, in a process “three or more times more efficient than conventional chemical propulsion,” according to NASA. While it has been decades since NASA last tried to develop such an engine, “recent aerospace materials and engineering advancements are enabling a new era for space nuclear technology,” said STMD associate administrator Jim Reuter.

Project Orion, a joint venture between NASA and DARPA in the 1960s, envisioned a spaceship powered by directed blasts of fission bombs. To get military funding, the project also attempted to develop a “space battleship,” an orbital platform for nuclear missiles, for the Pentagon.

Orion was abandoned for both practical and legal reasons. The 1963 partial test ban treaty prohibited the testing of atomic weapons in space, while the 1967 Outer Space Treaty banned the deployment of any weapons of mass destruction in earth’s orbit and beyond.