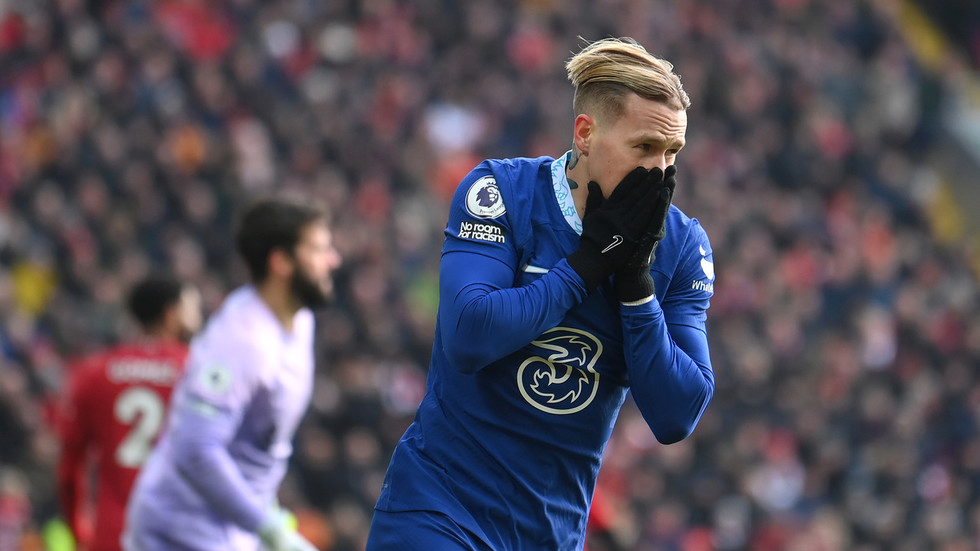 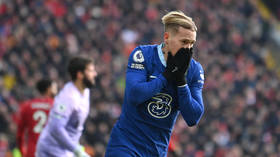 Mykhailo Mudryk of Chelsea reacts after a missed chance during the Premier League match between Liverpool and Chelsea on January 21, 2023 © Getty Images / Laurence Griffiths/Getty Images

UEFA is set to close a financial loophole exploited by Chelsea in recent months which has seen the Premier League giants spread the cost of their transfer spend over as many as eight seasons, according to reports.

European football’s governing body has heeded complaints from several Premier League clubs that objected to Chelsea’s eye-watering transfer spree, which has seen them spend more than £460 million ($566 million) since the summer transfer window opened in 2022.

Chelsea, who are now operated by US businessman Todd Boehly, have largely bypassed Financial Fair Play (FFP) regulations by using an accounting technique called amortization to spread transfer fees over extended periods – such as the eight years over which Mikhail Mudryk’s transfer fee will be applied to Chelsea’s books.

Ukraine international Mudryk joined the club earlier this month for a potential fee of £88 million ($108 million) from Shakhtar Donetsk on an eight-and-a-half-year contract.

FFP regulations state that clubs may only spend a certain percentage of their financial revenue on transfer fees – but this has been bypassed by Chelsea, who will account for the Mudryk transfer sum over the course of eight years at an average annual cost of around £11 million ($13.5 million), a figure which falls well within the club’s FFP requirements.

However, it has been reported by the Daily Mail that from next summer clubs will only be able to amortize transfer spend across a maximum of five years. Clubs, though, will continue to be able to offer contracts which extend for more than five years.

Boehly, who is also the co-owner of the Major League Baseball franchise the LA Dodgers, has developed a reputation in the early days of his control of Chelsea for offering unusually lengthy contracts – mirroring similar measures which are commonplace in US sports. 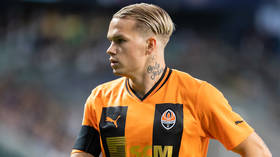 The changes to be implemented by UEFA, though, will not come into effect until this summer at the earliest, meaning Chelsea will have until the end of the January transfer window to continue their spending.

Their colossal spend shows no sign of stopping. Argentina’s World Cup winning midfielder Enzo Fernandez remains linked to Chelsea in a potential deal which could cost in excess of £100 million ($123 million), while 19-year-old French defender Malo Gusto is also a target.

Chelsea are currently languishing in tenth place in the Premier League standings, ten points off the Champions League places.